For more extensive writings on Theosophy and related subjects, we offer the words of the late John H. Drais, our longtime Abbot and one of the founders of Madre Grande Monastery.

Theosophy is a collection of mystical and occultist philosophies concerning, or seeking direct knowledge of, the presumed mysteries of life and nature, particularly of the nature of divinity and the origin and purpose of the universe. Theosophy is considered part of Western esotericism, which believes that hidden knowledge or wisdom from the ancient past offers a path to enlightenment and salvation.

Theosophy comes from the Greek theosophia, which combines theos , "God", and sophia , "wisdom", meaning "Divine wisdom". From the late 19th century onwards, the term Theosophy has generally been used to refer to the religio-philosophic doctrines of the Theosophical Society, founded in New York City in 1875 by Helena Blavatsky, William Quan Judge, and Henry Steel Olcott. Blavatsky's major work, The Secret Doctrine (1888), was one of the foundational works of modern theosophy. As of 2015, organizations descended from, or related to, the Theosophical Society were active in more than 52 countries around the world. Modern Theosophy has also given rise to, or influenced, the development of other mystical, philosophical, and religious movements.

Madre Grande Monastery was founded with strong Theosophical roots. The idea for acquiring land and forming a teaching healing community was born in 1975 from weekly discussions held at the Quest Theosophical Bookstore in Ocean Beach, CA.

Although not formally associated with any Theosophical organization or Lodge, much of our philosophy and practice is based on theosophical concepts and ideas. Monks and Friars of the Paracelsian Order need not consider themselves Theosophists, or believe any particular doctrine or religion, but they are expected to learn a basic knowledge of the principles of Theosophy and the history of the Theosophical movement. Madre Grande Monastery has an extensive library of theosophical books and writings, and several classes are offered to members as well as the interested general public.

We are a theosophical religious order and our intention is to introduce you to a way of looking at the world that unites religion, philosophy and science. It puts an end to sectarian squabbling and instills in you a compassionate attitude to all beings everywhere. Readings and discussions based on theosophical literature from all the major theosophical publishers, with an emphasis on Blavatsky and her teachings.

Contact Us for more information on availability of classes. 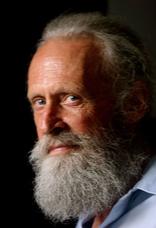